Hundreds of thousands of children’s wellbeing could be ‘at risk’, experts fear, with boys just as vulnerable as girls

Almost one in five children aged 7-14 exhibit tendencies that could lead to wellbeing or mental health issues later in life with one in twenty at severe risk, according to a huge UK-wide study of more than 850,000 pupils. Boys are just as likely as girls to have negative feelings about themselves.

The study – the largest of its kind in the UK –  found that 19% of all pupils exhibit low self-regard and doubt their capabilities as learners – traits that experts say are good indicators that a child’s wellbeing is at risk. That percentage equates to approximately 100,000 children in every school year group.

More than one in twenty children (6%) exhibit extremely poor attitudes to their learning and have very low self-regard, which makes them especially vulnerable.

Sizeable minorities of children are dissatisfied with their school and are poorly motivated. Just under a fifth (18%) have negative feelings about their school, with 15% exhibiting a low work ethic and the same proportion having poor attitudes to attendance. Children tended to exhibit increasingly negative attitudes as they got older.

Low self-regard and poor perceptions of learning capabilities are strong indicators that all is not well with a child, say experts. If other issues such as a lax work ethic, antipathy towards school and poor attendance are included, the chances of children becoming unhappy and even unwell increase significantly.

The study, conducted by GL Assessment and based on its Pupil Attitudes to Self and School psychometric measure, found that boys were just as likely to be vulnerable as girls. There is little variation between genders, although girls are slightly more positive when it comes to attitudes to attendance (77% are highly satisfied compared to 71% for boys) and preparedness for learning (79% versus 70%).

The findings add to evidence from other studies such as the OECD’s 2015 PISA survey that found that UK youngsters were among the least satisfied and most anxious in the developed world. According to NHS England, almost 65,000 under 18-year-olds took medication for anxiety and depression last year.

Mental health campaigner Jonny Benjamin said: “I believe there is more worry and pressure on children than ever and it’s starting younger. Any data that allows teachers to target those children most at risk can only help.”

The GL Assessment study also found little difference in attitudes between students in deprived and better-off areas. Children in schools with large numbers of free school meal (FSM) pupils are less likely to respond well to curriculum pressures than those with fewer FSM pupils (63% compared to 71%) but the former are more positive than the latter about their teachers (72% compared to 67%).

Greg Watson, Chief Executive of GL Assessment, said more schools than ever were taking student wellbeing seriously, not only because it had a huge influence on academic performance but also because of the implications for their mental health. “At some point, a significant proportion of children will underperform at school because they have attitudinal issues. A few may display obvious signs that all is not well – but many more will not. So teachers have to look for early, subtle indicators of trouble.”

It’s a point echoed by Elizabeth Prescott, Deputy Headteacher of Gabalfa Primary School in Cardiff: “Pupil voice has become increasingly emphasised over the last few years. But it is not necessarily the pupil whose voice is always heard who’s the pupil who actually needs to be heard.”

Promoting student wellbeing also requires a whole-school approach and a joined-up effort, says Dr Adam Boddison, Chief Executive of nasen: “Increasing positive wellbeing and supporting positive mental health requires a whole community approach. Within our schools, this means engaging with parents, families and children and young people, as well as all staff, to ensure strategy is informed, owned by everyone, and impactful.”

Mr Watson added: “If we want our children to achieve their full potential in life and reduce the prevalence of poor mental health, we have to start making sure they are healthy, happy and confident in school first. Sadly, our study shows that far too many children remain at risk and that we have to work harder to identify those who seem fine on the surface but have hidden barriers to learning.”

The study analysed a dataset of 862,724 from GL Assessment’s Pupil Attitudes to Self and School psychometric measure, completed by students aged 7-14 in the UK over the past two years. 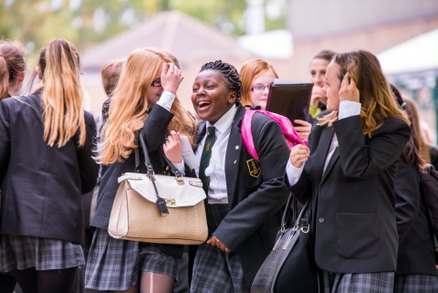