The lost middle: how the term ‘average’ can obscure student problems and potential

Too many children are routinely identified as ‘average’ and their abilities and problems are overlooked as a consequence, says a new study published today. The experts behind the analysis claim that this has a significant outcome on pupil performance in the classroom and, critically, on GCSE results.

Only one in five (20%) children should be considered ‘average’ across the ability range, according to an analysis of 24,000 children. The study, The Lost Middle by GL Assessment, has found that the vast majority of children exhibit some type of definite verbal, quantitative or spatial reasoning bias.

Even if the quarter of children at the top and the quarter at the bottom of the ability range are excluded, the remaining 50% who lie in the ‘broad middle’ show distinct differences.

Three-fifths of ‘average’ children have a propensity for or deficit in verbal, quantitative or spatial abilities. This means that although they might be regarded as solidly average by a school, their different reasoning abilities mean varying strengths and areas for development may be overlooked.

A child who is weaker verbally, for instance, but average in other abilities (6% of all children) will tend to struggle with English. Those who are quantitatively and spatially weaker tend to have problems with maths and science. Those children who are slightly stronger in one of the three learning abilities tend to do correspondingly better.

This has a significant impact on outcomes at GCSE. Among the half of students in the middle of the ability range the chances of getting a B or above in English at GCSE ranged from one in ten to seven in ten in 2016, depending on their verbal reasoning bias.

At the other end of the scale, over half (53%) of students who were verbally weaker failed to gain a good pass (C or above) at GCSE English in 2016 compared to less than one in ten (8%) who were verbally stronger.

“We should only use ‘average’ sparingly and as far as individual children are concerned not at all,” said Shane Rae, Head of Publishing at GL Assessment. “It’s so broad a definition it’s practically useless.”

Slightly under half (47%) of those who were quantitatively weak didn’t achieve a good pass in maths (C or above) compared to only one in twenty (6%) who were slightly stronger.

“When teachers have access to more granular information about their students, it is easier for them to identify who may be struggling below the radar and who may be capable of exceeding expectations with a bit of targeted support,” said Mr Rae. “Of course, many teachers already know this but while calling children average tells us a lot about their relative strengths and weaknesses compared to other children, it tells us precious little about how an individual learns.”

Educational psychologist Poppy Ionides agrees: “Two identical scores can hide startlingly different stories. We need to be alive to the possibility – likelihood even – of spiky areas of strength and difficulty in a child’s skill profile.

“One could argue that we should ask the question of all scores, not just average ones. But for those children who sit in the comfort of the mid-range it is often not seen as relevant to look behind and beyond scores. However, each average score is part of a unique life story for which the future is all to play,” she adds.

The Lost Middle by GL Assessment is available as a free download here.

Notes to editors
The study by GL Assessment was based on data from 24,500 students who took a Cognitive Abilities Test (CAT4) in secondary school and their corresponding results for GCSE in 2016. CAT4 provides a robust, standardised measure of cognitive reasoning ability, without reference to curriculum-based material and regardless of previous achievements or first language. Around 13,400 of these students were identified as ‘average’ or ‘middle 50%’ in terms of overall CAT performance.

GL Assessment is the leading provider of formative assessments to UK schools, as well as providing assessments for overseas ministries and British, bilingual and international schools in over 100 countries worldwide. 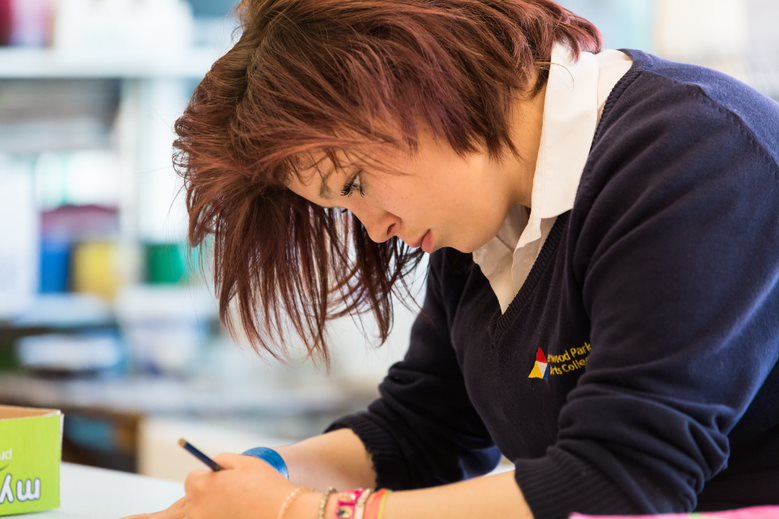