Tens of thousands of highly able children are failing to get good science GCSEs because their innate talents are masked by poor verbal reasoning skills, assessment provider, GL Assessment, has warned. As a result, the country is squandering a large, untapped reserve of young scientists and engineers.

Learners with high spatial abilities, who tend to think initially in images before converting them into words, can excel in science, technology, engineering and maths (STEM) subjects. However, if these learners also have poor verbal reasoning skills, this can have a detrimental effect on their exam scores and subsequent careers, GL Assessment believes.

An analysis of more than 20,000 pupils, conducted by GL Assessment, has revealed that well over four-fifths of children who had both high spatial and high verbal reasoning abilities achieved A*-B across all STEM subjects and English at GCSE last year. But children with high spatial abilities and poor verbal reasoning skills – approximately 4% of the school population or 30,000 at GCSE level – significantly underperformed*. This equates to 400,000 children across primary and secondary schools.

Specialists at GL Assessment believe that this is because so much learning and testing in schools favours students with good communication skills, which high spatial, low verbal ability learners tend to find more challenging.

At English GCSE last year, for instance, 81% of high spatial learners with good verbal skills achieved an A*-B. But among children with the same spatial ability but with poor verbal skills only 24% managed to achieve an A*-B and over a third (36%) failed to obtain a good pass, scoring grade D or below.

What is striking, however, is that the gap in exam performance is not confined to English or the humanities. There is also a significant, if less pronounced, divergence in maths and science subjects in which children with high spatial abilities tend to excel.

In last year’s maths GCSE, for instance, 89% of children with good spatial and verbal abilities achieved an A*-B. Conversely, only 52% of those with high spatial abilities but poor verbal skills achieved the same, a 37 percentage-point difference. 13% of students with high spatial but poor verbal skills failed to obtain a good pass in maths GCSE (A*-C) compared to only 1% of high verbal and high ability children.

In physics GCSE, 86% of children with good spatial and verbal abilities achieved an A*-B compared with 58% of their verbally challenged peers. In chemistry the respective figures were 84% and 62%, and in biology 87% versus 56%.

Children taking a single core science GCSE diverged wildly: 74% of children with good spatial and verbal abilities achieved an A*-B compared with 24% of those with poor verbal skills – a 50 percentage-point difference.

GL Assessment’s findings mirror research in the US. Professor Jonathan Wai of Duke University in North Carolina has warned that students who have high spatial but relatively low verbal scores are likely to be “missed as being talented” because traditional schools systems “value students who are good at reading, writing and doing math”.

Professor Wai points out that as a consequence we are failing to identify those with highly spatially talents, like Elon Musk (CEO of Space-X and Tesla), who have incredible visual imaginations and tend to excel at STEM subjects, particularly at engineering. “The question we need to ask ourselves is why we are not doing a better job of finding spatially talented kids at an earlier age and doing everything we can to engage and enhance their incredible ability to envision and engineer our future. What innovations have we already lost because of this?”

There is no intrinsic reason, GL Assessment suggests, why they shouldn’t have performed better if their spatial ability had been identified and their problems with literacy and oracy had been addressed.

“We know that students with a bias towards spatial learning should do well in science, technology, engineering, mathematics and the visual arts. And we also know that spatial leaners tend to process information in a different way,” Sarah Haythornthwaite, Director at GL Assessment, said.

“Unfortunately, their talents often go unrecognised. Partly because most teachers are excellent communicators and tend to have strong verbal skills, partly because spatial thinkers often don’t speak up in class, and partly because so much of the curriculum and assessment regimes – particularly at primary – are predicated on verbal skills.”

Consequently, because their abilities were too often overlooked and the challenges they had with literacy and oracy not sufficiently addressed, Ms Haythornthwaite said, the country was missing out “on tens of thousands of potential scientists, mathematicians and engineers”. 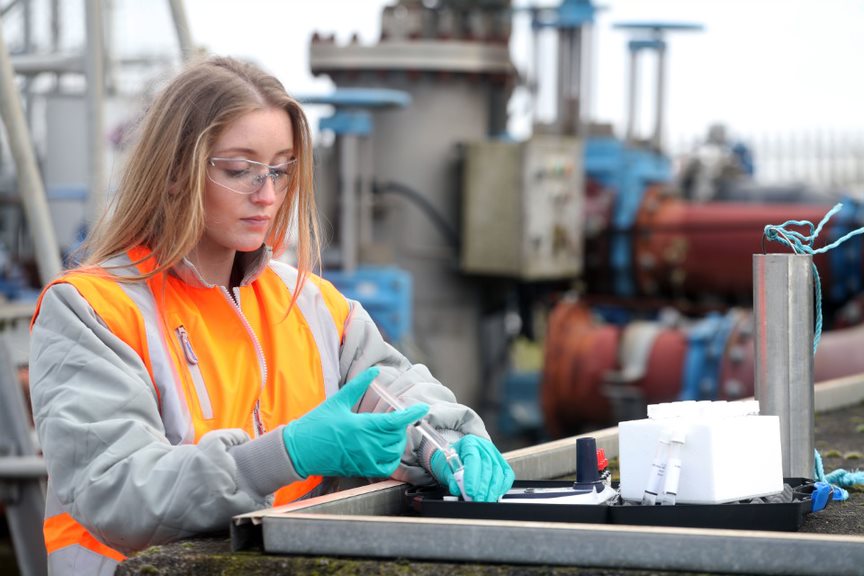